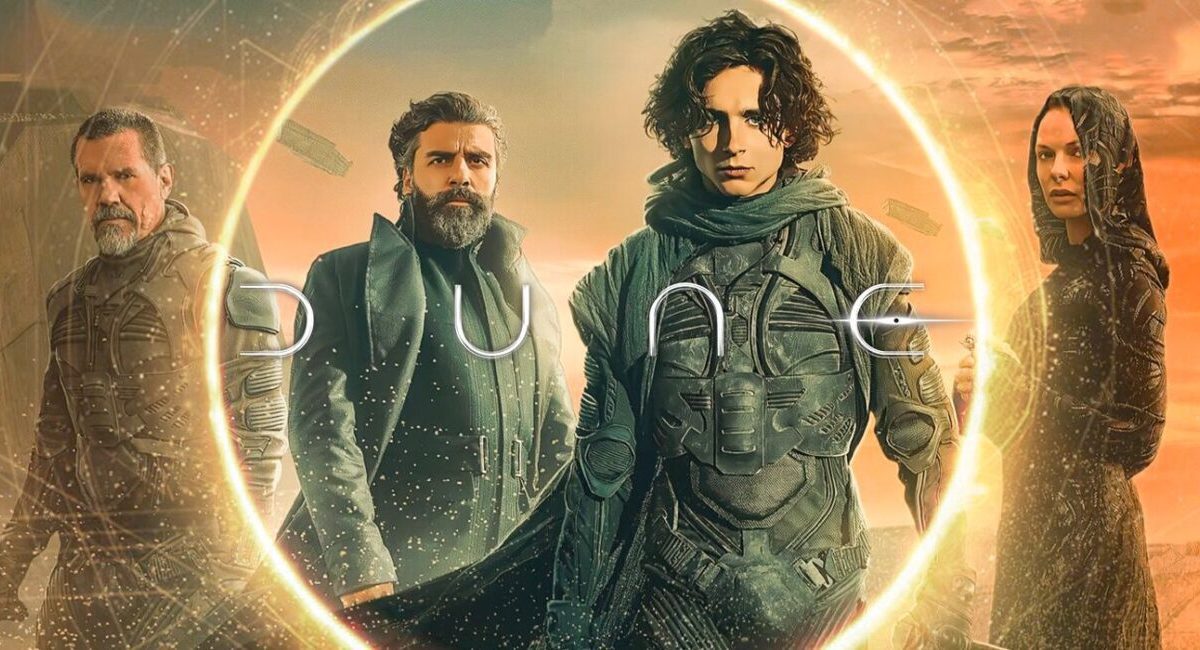 My knowledge of the Dune series, on a scale from 0-10, is a four. I’ve never read the books but knew there were different houses, politics, and spice was something everyone wanted. This knowledge is due to a summary I read when I discovered Dune (2021) was an anticipated film.

Being a novice to the series, I enjoyed the film. After watching the film, I highly recommend watching it in IMAX to truly experience the beauty of the cinematography. There were several shots in the film conveying how massive the ships, interior, desert, and more were. The feeling of entering a new world was felt in Dune in a way many movies haven’t been able to convey on screen.

The film is 2.5 hrs and a slow burn part one film. If you’re used to a fast-paced film with something happening every 10 mins, your attention may wander. With movie studios concerned with films extending beyond the 90 mins mark and cutting films into oblivion, it was great to experience a film that took its time to build the world, characters, politics, and future events without feeling rushed. The first hour of the film is spent establishing events with exposition but in a show and tell format. If this sounds like a lot, you have to remember the Dune series comprises of six dense novels with several additional novels breaking the world down more. You can only compress a novel down so much before it becomes fractured when adapting to film.

The film was perfectly cast. Despite not having much time with certain characters, I felt the tension and sadness when events took place.

Most movies I’ve seen within the last year have been action movies with plots that had potential but zero substance. None required my full attention, the plot was spoiled early in the film, or it followed a predictable format that left nothing to the imagination. Dune 2021 is a film we needed to remind us how filmmaking can and should look. You can tell Dune 2021 was made with passion, true thought into the progress, and not made because they were contractually obligated, about to lose a franchise license, or just half-ass tossed something out. Dune 2021 is satisfying and refreshing. It’s the type of film that requires you to sit and listen. Don’t have it playing in the background while doing other things on the first or second watch.

Great film for sci-fi lovers and easily digestible for those who aren’t familiar with the franchise. I give it an 8 out of 10.